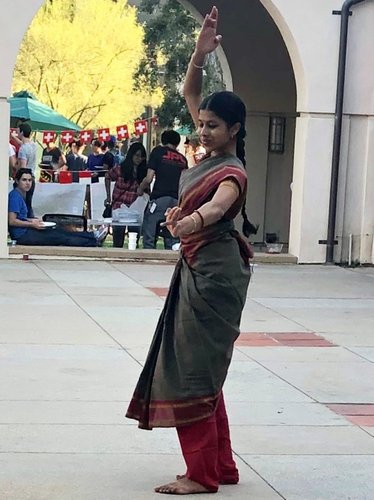 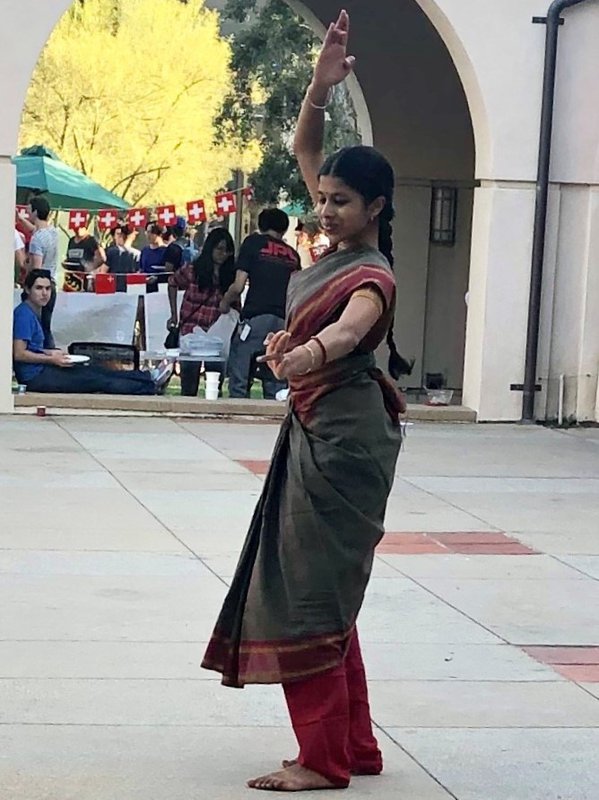 Shreya Anand, 2nd year Physics graduate student performs classical Indian dance. She says, "I've been in touch with Bharatanatyam [South Indian classical dance] for the past 20 years. Dance keeps me recharged. It is a fantastic way to bring movement to all the limbs, channel creativity (through choreography, storytelling and improvisation), and stay connected to my heritage."

Thillana dance piece performed by Shreya Anand is a shortened version of a thillana set in the Tilang ragam [one of many modes in South Indian classical music]. Thillana is a fast-paced, joyful type of dance, marked by its intricate rhythmic footwork and patterns. Usually, thillanas are performed at the conclusion of a Bharatanaytam recital. The brief lyrical section towards the end of this thillana praises Lord Krishna as the skilled musician, dark-hued like a cloud, who killed the demon Kamsa, and the King of Dwaraka. The poet requests for Lord Krishna's compassion.

Dhamaka is a co-ed Bollywood fusion dance team at Caltech. Founded in 2013, Dhamaka proudly accepts all new members, regardless of prior experience. Dhamaka aims to make Bollywood dance and Indian culture accessible, and new members are always welcome. Dhamaka mixes the dance styles of Bollywood, hip-hop, and more to create a fun, energetic show. Check out their performance at the annual Caltech Dance Show in 2019. 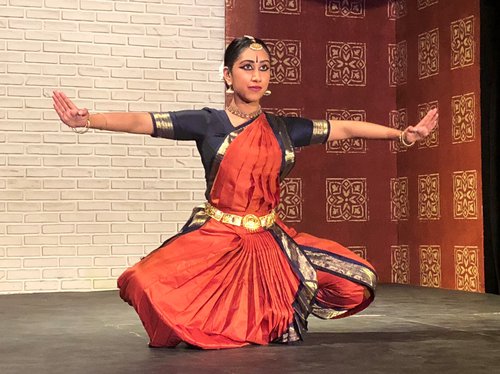 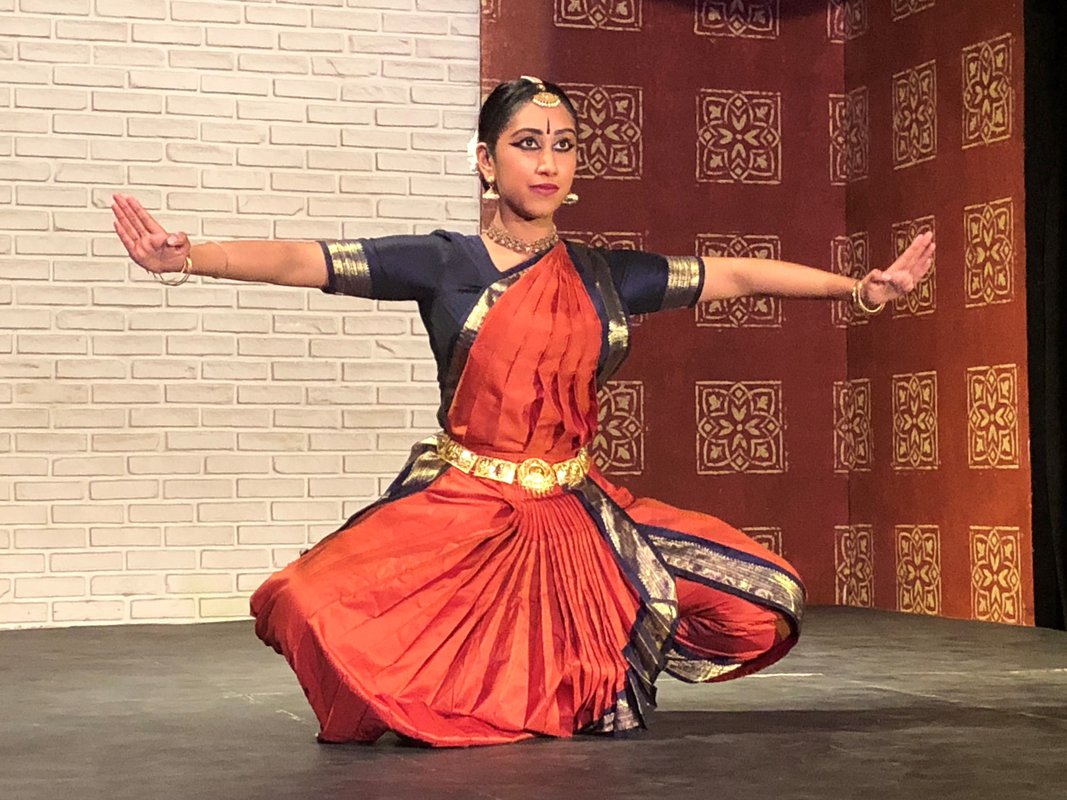 Janani Mandayam Comar (Caltech BS Biology, 2015) has been practicing Bharatanatyam, a classic dance form from the Indian state of Tamil Nadu, since she was 6 years old. Janani received a Watson Fellowship in 2015 and traveled to Australia, Malaysia, Peru, and Malta to further study the dance form and analyze choreographic practices. She now pursues a PhD in Religious Studies at the University of Toronto, looking at the cultural history of performance in South India. She continues to perform and recently presented two programs in Chennai, India. At Caltech, she organized a performance with the Caltech Y Advocating for Change (ACT) Award to raise awareness for human trafficking. "As my journey with dance continues, I am ever grateful for the opportunities the Caltech Y and Watson afforded me," says Comar. "Bharatanatyam is an ever-changing, widely performed art that is enjoyed world wide. I am grateful to be able to continue discovering it for myself as I continue to study the form."